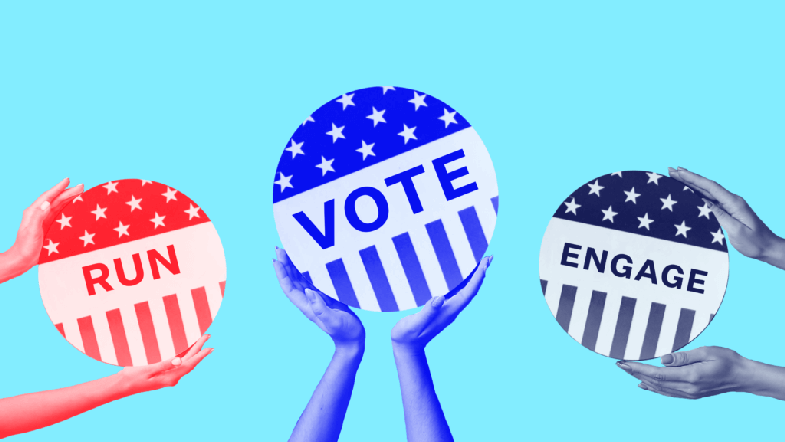 As the clock continues to roll forward on 2022, we have many local efforts ramping up.

We can transform local elections giving voters more say in who runs, how they campaign, and who wins. But we must pull together over the next 10 months and make these efforts a success. It’s taken 5 years and dozens upon dozens of volunteers pitching in to get these initiatives to the point of being ready for prime-time and that work won’t matter if we don’t step up now.

It would be wrong to deny that the past few years have been exhausting. The constant state of emergency in our nation is draining and discouraging. Nearly a year ago, we watched in shock as the accumulation of four years of unprecedented anti-democratic leadership unfolded on the screens in front of us on January 6th. However, the small group who believes that power should be taken — not earned at the ballot box — will win if we stay quiet.

Being an engaged and responsibly informed citizen has never been more important. Politics and policies can’t be that uncomfortable subject we avoid at parties. Our community, our city and our country depend on us being willing to have difficult conversations about how we move forward and build the democracy that we all deserve. We have work to do!

Against this backdrop, I too am tired, but I remain encouraged, because we are not alone — we have each other.  Within the democracy reform movement, we are surrounded by others who are also concerned and willing to stand up in defense of our future. People whom you might not otherwise meet and befriend, find common ground in the simple act of caring enough to do something to make a difference. Every letter to an elected official, every donation to an initiative, and every minute spent volunteering is a gift to each other and our collective future. We can do great things together for our community. If we do, it will be because we came together and didn’t give up.   Cheers to you and best wishes for a great 2022!