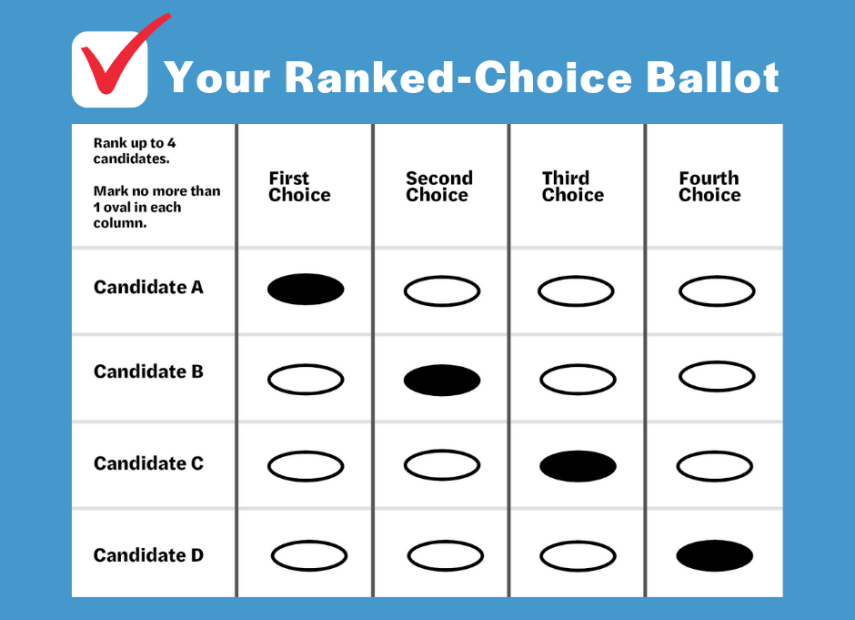 The conditions that allow human greed to corrupt institutions such as the American system of governance have the same elements as those required for a criminal conviction—motive, means and opportunity:

What Can Be Done?

To combat corruption, we can’t eliminate the motive, but we have a shot at removing or attenuating the means and the opportunity. RCV does both. With it we can create a system that will incentivize more people with the right motives to run for office, and that have a chance to win.

Ranked Choice Voting has been shown to attract more candidates for public office, and to attract candidates who better represent the communities they seek to serve. Women, ethnic and other minorities and occupations other than attorney are much better represented in jurisdictions using RCV.

Changing the Flavor of Campaigning

It’s rare that a candidate gets 50% of the vote or more when the votes are tallied, but with RCV, a candidate can still earn majority support. To win, candidates must appeal to a broader range of voters to earn that 50% in subsequent rounds. It is also more difficult to win using negative campaign strategies because criticism of opponents might alienate their supporters, reducing their willingness to vote for the offending candidate as a second choice.

How often have you thought, “I really like Candidate X, but they don’t have a chance so I’d better vote for Candidate Y?”

Changing the electoral mechanism changes how voters, candidates and even parties behave. Voters no longer need to support the least worst candidate, or vote for someone they don’t like in order to defeat someone they like even less. The nature of RCV means that everyone can vote for their first-choice candidate secure in knowing that their vote will still matter in the later rounds even if their first choice doesn’t win.

Under the current system, elected officials often win re-election by dancing with the one that brought them—that is, by pursuing policies and approving expenditures that benefit those already wealthy enough to consider campaign contributions as an investment. Two-party primaries create the illusion that one candidate won with more than half the votes, while real-world experience shows that winner-take-all, plurality voting often results in candidates who win with low voter approval, often in a low turn-out election. RCV means that candidates must earn the support of at least half the voters to be elected.

How Does RCV Fight Corruption?

RCV reduces opportunities for corruption by making the election process more transparent, and reduces the means by which corruption occurs by leveling the playing field among a broader and more diverse slate of candidates. It changes the game by which officials are re-elected and leads to better behavior after the election.

Will You Join Us?

Bill Campbell has been active in Represent.Us since 2019. He is a veteran of the U.S. Marines and a graduate of the U.S. Naval Academy. His primary motivation for supporting Represent.Us is helping to fix the pervasive corruption in our government, especially at the federal level.
View all posts
Tags:anti-corruptiondemocracy reformgrassroots activismranked choice voting