NOW’S THE TIME TO REFORM OUR POLITICS

OPINION: We have much political reform work to do

We may all breathe a sigh of relief for having narrowly averted catastrophe with the defeat of Donald Trump, but this is no time to return to business as usual.

The U.S. came perilously close to re-electing a man who, after four long years as our president, made it clear he was an incompetent, authoritarian conman. The fact that 70 million people voted to retain his services is a chilling indicator that our democracy is more fragile than we knew. With the wrong person in office, it could entirely collapse, leaving us with a regime that disregards civil liberties, cares little about the general welfare of its citizens and poses an existential threat to the entire world.

The next order of business, therefore, must be political reform — reform that wrests control away from the parties and places it in the hands of the people. It is the political parties, after all, that brought us to the edge of the abyss. Through gerrymandering, voter suppression and unlimited campaign contributions from corporations and dark money sources, the duopoly led us down the dark road to fascism. We must never let them do it again.

The duopolistic paradigm is failing us badly. The two parties that have a stranglehold on our democracy are concerned only with winning elections and advancing the interests of an elite few. In the aftermath of the recent election, we must create a political system that truly expresses the will of the people. That is the democratic ideal, after all: government by and for the people. The duopoly serves only the interests of power.

I work with Represent San Diego because I want to transform our broken democracy into a fully functioning one. I support the political reform that Represent San Diego is working to enact: ranked-choice voting, public financing of elections and full transparency of money in politics. I also support related reforms like open primaries, citizen redistricting commissions and term limits. The two parties by and large oppose these because they challenge their hegemony over our democracy.

Rather than conclude that all is well now that we’ve ejected a dangerous demagogue from the White House, it is time to purge our political system of corruption. I urge you, regardless of party affiliation or ideology, to get involved so that we never again come as close to losing our precious democracy. 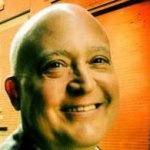 Tony G. Rocco is an activist with Represent San Diego and has a long history of supporting independent political organizations like IndependentVoice.org, IndependentVoting.org and the Independent Voter Project.