We Came, We Insurrected, We Went Home 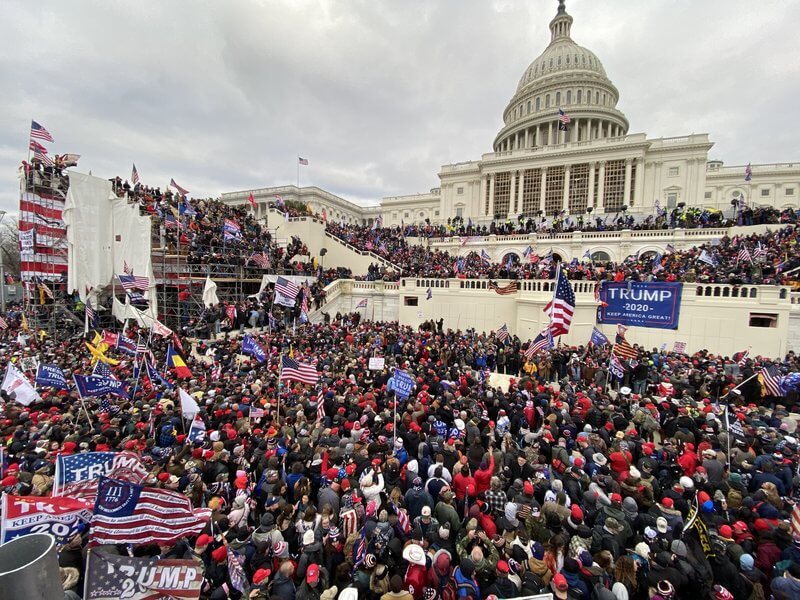 In April 2016, I flew to Washington D.C. to participate in an event known as Democracy Spring, a planned protest of dark money in politics. The point of the protest was to spend five days in D.C. each day marching from Columbus Circle to the steps of the Capitol to bring awareness to the issue of dark money in politics, and hopefully get media attention while doing so.

The day started at 9 a.m. with a variety of speakers, and by 10 a.m. we were marching peacefully from Columbus Circle (our home base) to the Capitol chanting a variety of slogans. On the first day, over 400 protesters risked arrest. This broke the record for the largest number of protesters in DC at one time. The Capitol Police gave us three warnings to step back from the Capitol steps, and after the 3rd warning they started arresting people, me included. They zip-tied my hands behind my back loaded me into a van with a bunch of other protesters and we were driven to an empty warehouse for processing. I later found out that we were processed at the warehouse because there were too many of us to fit in the jails! By the time I was processed, ticketed and given a $50 fine for “Crowding, Obstructing and Incommoding” (and no, that doesn’t have anything to do with a toilet—it’s a fancy word for “inconveniencing”), it was 6 p.m. and my wrists were pretty sore.

As for media coverage, it was sparse at best. Some protesters were heard chanting “Where is CNN?” (This was before Donald Trump held them up as the poster organization for everything wrong with today’s media.) CNN did eventually do a short online piece of 3 or 4 paragraphs about the protest on their website, but that’s about it.

So why am I telling you this, you may wonder? The reason is that this is an example of what happens when things go well with the Capitol Police. A few hundred protesters demonstrated, were arrested, processed, and released. No free speech rights were squashed, the crowd behaved relatively well, and law and order was restored without loss of life.

Speaking of free speech, it’s important to remember what the First Amendment says:

The keyword here is peaceably. Telling your followers on social media that you’re preparing to go to war, or writing an email stating that you want to be part of a quick reaction force and have “ALL the necessary 2A gear that the situation may require” is not peaceably assembling, no matter how you spin it.

Both these things happened with regard to the January 6th insurrection. As anyone paying attention that day knows, that was a day when things did not go well for the Capitol Police—or any other law enforcement agency—for that matter.

So what changed? In a word: Preparation. The Democracy Spring protesters filed permits to be in Columbus Circle, so the Capitol Police knew ahead of time there would be hundreds of people marching. What they weren’t prepared for was how many would be willing to risk arrest.

According an Associated Press article on the January 6th insurrection, “It’s clear that the Capitol Police were unprepared and overwhelmed as hundreds of Donald Trump’s supporters laid siege to the [Capitol] building.” It’s also fair to say that Trump’s supporters weren’t as compliant when protesting and being arrested as the Democracy Spring protesters were. In fact, the Trump protesters were downright violent — allegedly assaulting police officers, breaking windows, threatening lawmakers with bodily harm, defacing offices, and—let’s not forget—allegedly threatening to hang the Vice-President.

So instead of being rounded up, processed and released the same day like the Democracy Spring protesters, Trump’s supporters overwhelmed Capitol Police for over three hours while every law enforcement agency ran around like chickens with their heads cut off trying to figure out the best optics for a response. According to six congressional hearings, there’s plenty of blame to go around. That is why some protesters, like Matthew Baggot and Stewart Parks, to name just two, were able to fly in from Nashville to Baltimore, rage against the election result in D.C., and fly back to Nashville the next day. It wasn’t until May 31 and June 2, 2021, respectively, when these two protesters were arrested on a variety of charges, including “violent entry or disorderly conduct on Capitol grounds”.

So, yes, although law enforcement may work slowly, there’s a reason why the term “the long arm of the law” is a cliché. It’s because while they may have gotten away on January 6th, the Trump supporters who participated in the insurrection were still eventually—and continue to be—found, ironically mostly because of social media videos. In the past five months, the FBI has identified, arrested and charged over 400 protesters from more than 40 states in connection with the January 6th insurrection.

In the end, it was all for naught, because the Electoral College did meet and did indeed confirm Joe Biden as the 46th President.

In 1787, when a woman stood on the steps of Independence Hall and asked Benjamin Franklin what type of new government America had, his now-famous response was, “A republic, if you can keep it.” Franklin wasn’t just being snippy; I’m sure he meant every word. However, these days, with politicians blatantly and overtly putting party over country, we seem to have forgotten the “if you can keep it part.”

A constitutional republic is not some kind of ‘set it and forget it’ type of government. If anything, the January 6th insurrection proves just how fragile our democracy really has become. When something is fragile, the best way to keep it around is to reinforce it. Likewise, the best chance we currently have of stopping something like this from ever happening again is to pass S.1 (For the People Act). It’s not a perfect bill (no bill ever is), but it will strengthen American democracy at a time when it has been shown to be vulnerable.

Some (most notably Republican critics of the bill) might say that S. 1 federalizes elections that have been state-run until now. That’s simply not true. (You can read other fact checks on this bill here.) The bill merely provides a framework—a masterclass, if you will— in how to run an election in a fairer manner; one that goes out of its way not to gerrymander or otherwise suppress votes, and one that demands transparency in funding for all parties. If you want to do your part to help strengthen American democracy, please call your senator at (877) 406-6303 and ask them to pass S. 1.

Gil Sery is the webmaster of the Represent San Diego website. He is a proud Independent politically and has been working with Represent San Diego for many months.
View all posts
Tags:anti-corruptiondemocracy reformgrassroots activismh.r.1hr1political reform