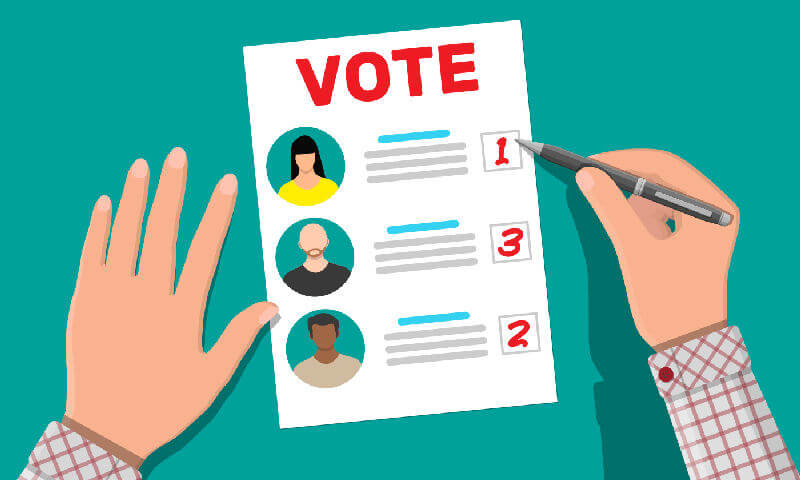 In 1911, California adopted the direct initiative and referendum process.

These two reforms were the greatest achievements of “the great progressive era,” long before voter-centric election reforms like “Ranked Choice Voting” have become part of the national conversation.

For the next 100 years, political insiders tried to circumvent the voters’ pathway to direct democracy, from eliminating fusion voting to closing primaries.

In 1990, Arnold Schwarzenegger starred in “Total Recall,” where he helped The Resistance declare independence on the colony of Mars.

In 2003, Arnold Schwarzenegger was the last governor to be elected in a California recall, winning less than 50% of the votes in an election where just 25% of eligible voters participated.

In 2021, California’s recall election cost the taxpayers more money than “Total Recall” made at the box office.

If reformers don’t re-engage in the fight for better representation now, we may not end up with a dystopian future on Mars, but important takeaways from recalls at the ballot box and the box office could help light the fire.

Across the country, voting rights is a hot political topic as partisanship spins out of control.

One side of the partisan aisle says new laws like Voter ID are making it harder for Americans to vote. The other side says these laws make it necessary to ensure election integrity.

Another large and growing group of nonpartisan reformers, however, is having an entirely different and more fundamental discussion about voting rights: one that addresses the structural incentives of our election system to produce election winners who represent the values of the voters instead of big money politics on both sides.

For years, advocates of Ranked Choice Voting have argued for a structural change to our elections that allow voters to rank their candidates rather than being forced to choose “between the lesser of two evils.” Ranked Choice Voting reform is gaining wide popularity and has recently been implemented by the voters of the state of Maine and the city of New York.

Advocates for nonpartisan primaries have argued for a structural change that allows all voters, regardless of party, to nominate candidates for the general election, rather than being forced to vote for a political party’s nominee in the taxpayer-funded primary. The voters in Washington state, Louisiana and California have all, relatively recently, passed nonpartisan primaries.

To-date, however, nonpartisan reformers have largely argued with each other in the corner of a wonky room.

The voters of Alaska, however, may have demonstrated a new era in the saga of progressive election reform. In 2020, Alaska became the first state to adopt a “top-four” nonpartisan primary, using Ranked Choice Voting to decide the winner in the general election.

Call it a truce or a marriage — reformers came together to advance a single reform that may take 100 years for big money insider politics to game like they do in most other states.

Now Alaska, not California, is the nation’s most progressive state for voting rights.

But that may soon change.

An active nonpartisan group of reformers in San Diego is adapting and improving on the Alaska model, a model that many reformers across the country have been exploring: More Choice San Diego proposes a system that will maintain California’s nonpartisan primary, but advance five candidates instead of two. Voters then rank those candidates in their order of preference in the general election.

Imagine if voters had a chance to rank five candidates who bring five different perspectives to the race. Now imagine, to win, a candidate needs second-, third-, and fourth-place votes from voters who might prefer another candidate even more.

If Californians are tired of the chemical warfare of partisan politics, this could be the declaration of independence that brings the resistance together.

S. Chad Peace is a legal advisor to the Independent Voter Project. Lori Thiel is the vice president of League of Women Voters San Diego. Amy Tobia is a co-leader of Represent.Us San Diego. They wrote this for CalMatters, a public interest journalism venture committed to explaining how California’s Capitol works and why it matters.